The Ripple of Hope Award was established by IMPACT Community Action in 2012 to acknowledge the exemplary achievements of individuals and/or organizations representing the public, private and community sectors.

This award symbolizes the emotional state that promotes positivity, motivation and dynamic outcomes. The award is presented in each of the following categories: Community, Private/Non-Profit and Public sectors.

These categories mirror IMPACT Community Action's unique tri-partite Board of Directors who embody and promote anti-poverty leadership, action and mobilization of resources to reduce poverty in Franklin County, and position IMPACT as a model Community Action Agency.

There is no age limit, length of experience or educational qualifications for the nominees. Their work may confront societal or civic issues, address health or environmental concerns or promote wellness, sobriety or humanities.

PUBLIC (elected official, public employee or entity) - Encourages the awareness of poverty needs within the community and directs action by local governments to foster close coordination and partnerships between public agencies and eligible parties.

COMMUNITY – Identified a critical need and provides services or resources to support the resiliency and self–sufficiency of low-income families and individuals. 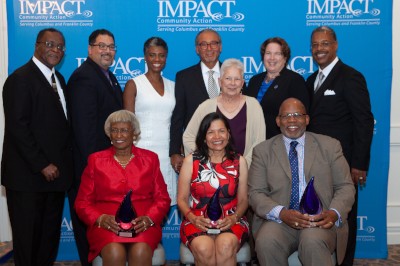 Ms. Pauline Edwards has served dutifully as a community advocate for several organizations, programs and causes, and has focused a great deal of her efforts in central Ohio. Ms. Edwards was one of the founding members of IMPACT Community Action’s Board of Directors, and served two consecutive terms from 2007-2013. She currently serves on The Lower Lights Christian Health Center board, Franklinton Urban Empowerment Lab (FUEL), Westside Community Health Advisory Committee and The Mid-Ohio Regional Planning Community Advisory Committee. Ms. Edwards is the 2018 Ripple of Hope Award Winner for the Community Sector.

Dr. Anahi Ortiz moved to the central Ohio area in 1996 where she has worked as a pediatrician in Nationwide Children’s Hospital, Westside Community Health Center and North Community Counseling.  She has always been a proponent of volunteering in the community and has volunteered at Helping Hands Free Clinic as well as volunteering internationally with Timmy Global Health Care. She was appointed to the office of Franklin County Coroner in November of 2014. She has highlighted cultural sensitivity as a priority of the Coroner’s Office and brought in several educational sessions on cultural sensitivity for the staff. She has also been leading voice in the opioid crisis as a part of Franklin County Drug Overdose Inititative and while working on a Community Action Plan. Dr. Ortiz is the 2018 Ripple of Hope Award Winner for the Public Sector.

Mr. Kevin Walker is Senior Vice President of Power Supply at Southern California Edison (SCE), one of the largest electric utilities in the country. He is responsible for SCE’s wholesale Energy Procurement and Management activities, operations, maintenance and commercial viability of the company’s power production facilities, and for the decommissioning of the San Onofre Nuclear Generating Station. He has also held the position of Senior Vice President and Chief Information Officer for American Electric Power (AEP), responsible for the development and support of AEP's software applications and the operation of AEP's information technology infrastructure across its eleven state utility jurisdiction. Also, while at AEP, Mr. Walker was President and Chief Operating Officer for AEP Ohio, serving approximately 1.44 million customers in Ohio and the northern West Virginia panhandle. It was in this capacity that he became chair of the the IMPACT Community Action Agency Board. Mr. Walker is the 2018 Ripple of Hope Award Winner for the Private/Non-Profit Sector. 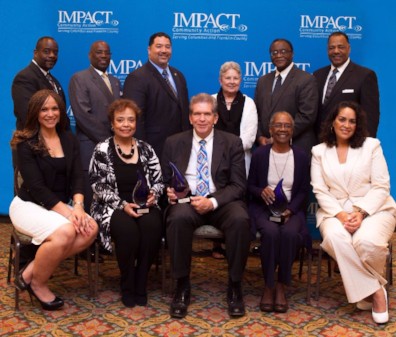 Ms. Lela Boykin serves as the Community Relations Director for The Neighborhood House, Inc. with the responsibility of connecting the agency with community and sustaining those relationships. Ms. Boykin has more than 34 years of experience as a social service professional, and ten years as an instructor in the United States Army Reserves. She also volunteers as a member of the NAACP Executive Committee and Health Committee Chair, a member the Lincoln Theatre Association Board, as Co-Chair of the Housing Subcommittee of Partners Achieving Community Transformation (PACT), Chair of the Revival Development Corporation Board and a member of the Whitney Young Collaborative. Ms. Boykin is the 2016 Ripple of Hope Award Winner for the Community Sector.

Senator Charleta B. Tavares (D-Columbus) is the State Senator for the 15th District and Assistant Democratic Leader in the Ohio Senate. She has served since 2011 as the State Senator and currently serves as the Senate ranking member on both the Ways and Means and the Health and Human Services Committees. Her legislative priorities include: the elimination of health, education, and criminal disparities; investment in Ohio’s infrastructure; consumer protection; and addressing family stability. Senator Tavares is the 2016 Ripple of Hope Award Winner for the Public Sector. 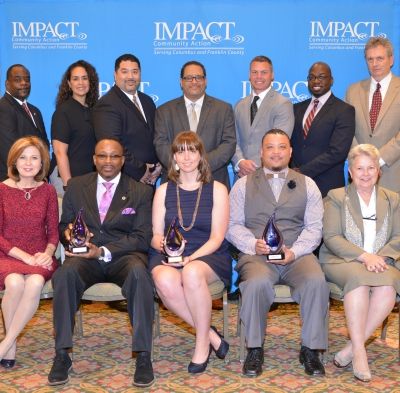 Mr. Al Edmondson is the president of the historic Mount Vernon District Improvement Association (MVDIA), founder and CEO of “Making a Difference”, owner of “Cut Above the Rest” barber shop, and a veteran of the United States Army. As a longtime resident of the City of Columbus and a proud graduate of East High School, Mr. Edmondson uses his dedication to the Near East side to encourage revitalization initiatives.  Mr. Edmondson is the 2015 Ripple of Hope Award Winner for the Community Sector.

The Honorable Paul M. Herbert is a Franklin County Municipal Court Judge and a leader in Ohio who has changed the conversation nationwide about sex trafficking.  Judge Herbert proposed a specialized program focusing on human trafficking victims who have been charged with the misdemeanor offense of solicitation.  CATCH (Changing Actions To Change Habits) Court was started in September 2009.  The program has been a resounding success, including reducing recidivism, reducing costs to the county, and helping women, who are often victims of crime themselves, escape a dangerous and predatory lifestyle.  Judge Herbert is the 2015 Ripple of Hope Award Winner for the Public Sector.

The Reverend Frederick V. LaMarr is the pastor of Family Missionary Baptist Church, and a humble servant leader and community activist. A life–long resident of the City of Columbus, Pastor LaMarr is the CEO of Reaching Higher Heights Care Center 4 Life and co-founder of Ministries 4 Movement.  Pastor LaMarr devotes much of his ministry to community outreach and activism, focusing on gang activity and changing the paradigms of the inner city.  Pastor LaMarr is the 2015 Ripple of Hope Award Winner for the Private/Non-Profit Sector.

Mayor Michael B. Coleman -- Public Sector Award Recipient.
Mayor Coleman, the longest-serving Mayor in Columbus' rich history, took office in 2000 with a commitment to make the City of Columbus the best place to live, work and raise a family. The rebirth and resurgence of Community Action in Columbus is due in large part to the efforts of Mayor Coleman.

Homeport -- Non-Profit Sector Award recipient.
Homeport is a private non-profit organization whose mission it is to create and preserve healthy, stable and affordable communities, one neighborhood, one person at a time.

Robert L. Patterson -- Community Sector Award recipient.
Mr. Patterson is the President of the Marion-Franklin Area Civic Association and one of the original appointees by Mayor Michael B. Coleman to the Coalition for a Non-Violent Columbus, a grassroots organization comprised of community leaders whose mission is to address violence in our neighborhoods, schools and homes. 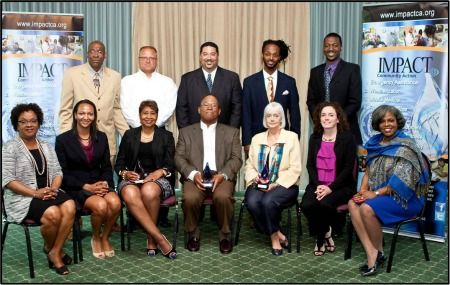 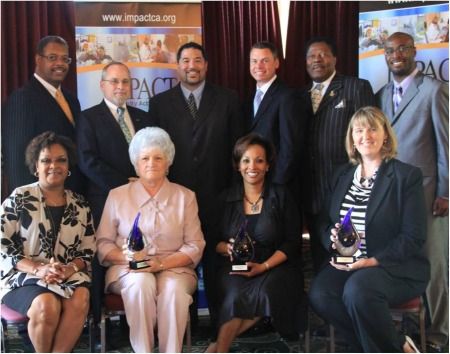