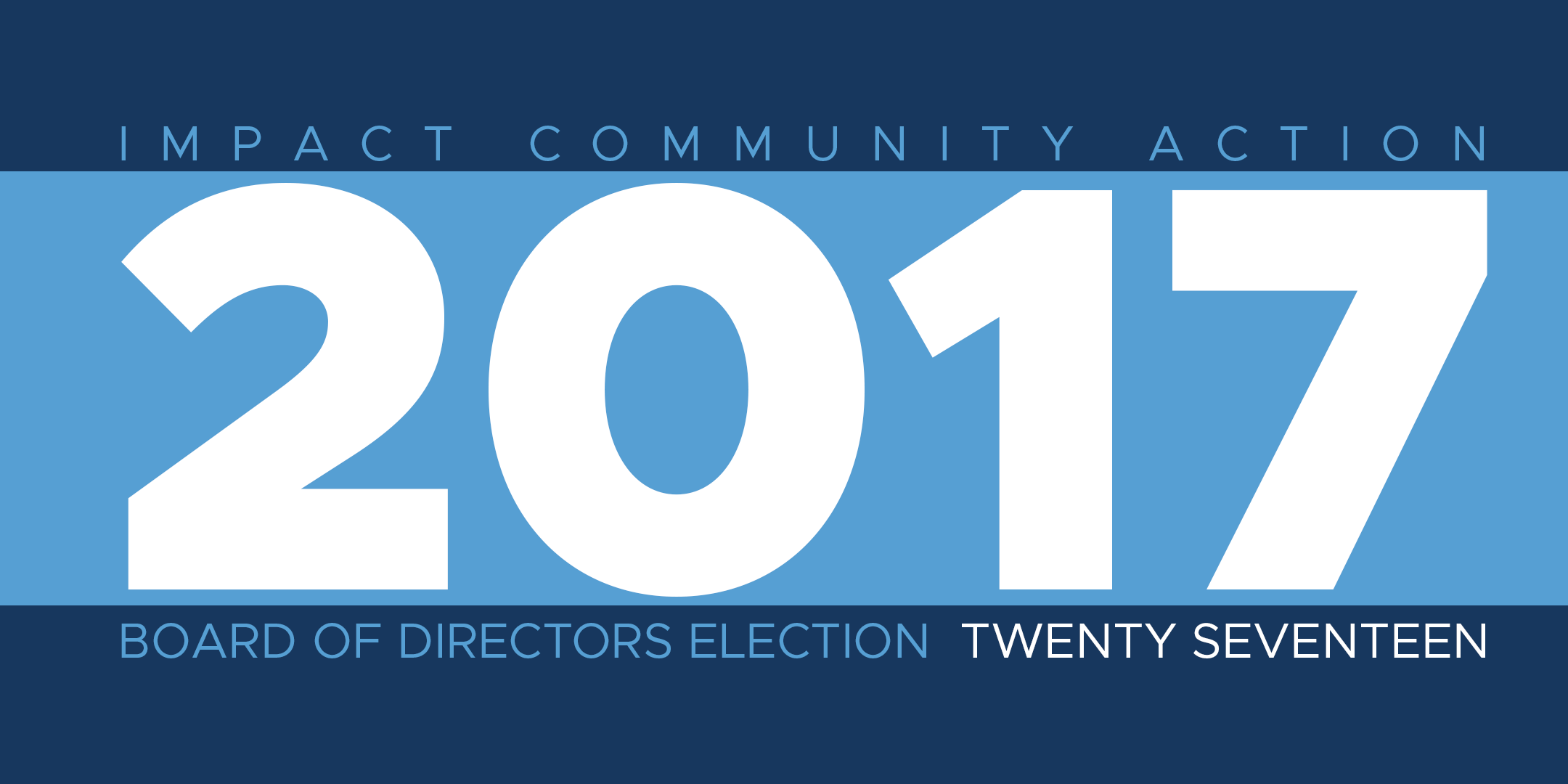 Low-income Board Member candidates must meet the following criteria:
1. Must be a low-income resident (200% of federal poverty level or below) or be a
service provider for low-income residents in the geographical area (zip codes)
that he/she wishes to represent (see map)
2. Must be a legal resident of the United States
3. Must be at least 18 years of age at the time of nomination
4. Must be nominated by 10 or more self-proclaimed residents of the geographical
area/zip code that he/she wishes to represent
5. Must not be an employee of an organization that could present a conflict of
interest with IMPACT Community Action, as determined by its Board of Directors

Board candidates may retrieve nomination forms on Mondays through Fridays from 8:00 a.m. until 5:00 p.m. at IMPACT Community Action, 700 Bryden Road or they may download nomination forms from the website www.impactca.org/who_we_are/.

Nominations packets must be returned to IMPACT Community Action no later than Friday, March 17, 2017 at 5 p.m.

Board candidates will be announced on Tuesday, March 21, 2017.

All voters must be Franklin County residents and sign a declaration that states they meet the definition of low-income, as established by federal poverty guidelines.

For more information about the Low-Income Board Representative Election Process or about other IMPACT Community Action programs and services, visit www.impactca.org or call 614.252.2799.